for one of Alaska's great indigenous peoples

Promoting the cultural and economic stability

relationships with our clients

Solving problems for more than a decade 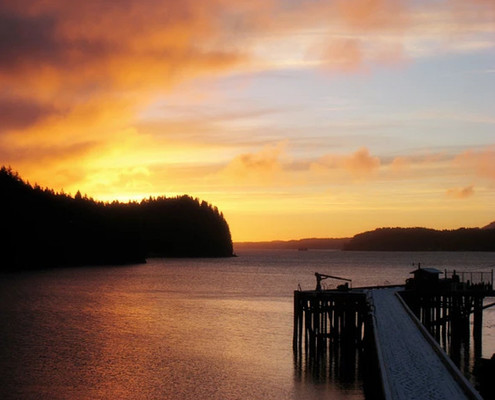 WHO ARE WE? Katmai is a wholly owned subsidiary of the Ouzinkie (you-ZINK-ee) Native Corporation (ONC). The majority of ONC Shareholders who live in Ouzinkie are lifelong residents of the village of Ouzinkie, Alaska. The people of Ouzinkie are Alutiiq (a-LOO-tik) by ancestry, meaning they are a group of Native Alaskans who have made their home in and around the coastal areas of Kodiak Island in the Gulf of Alaska for the past 7,000 years. Working for Katmai means promoting the cultural and economic stability of one of Alaska’s great indigenous peoples.

Katmai was initially formed in 2007 by ONC to hold and manage its interests in companies and joint ventures which contract with the US Federal Government. KGS is charged with producing profits through the acquisition and successful management of US Federal contracts or other commercial efforts, which are distributed to ONC. ONC, an Alaska native village corporation, determines how to distribute those profits such that they benefit ONC Shareholders.

HOW IS “KATMAI” PRONOUNCED? Katmai is pronounced “KAT-my.” Although the company’s full name is “Katmai Government Services” (or KGS), the organization is referred to as simply “Katmai.” The name “Katmai” derives from an early Native settlement located near present-day Katmai National Park and Preserve that was abandoned after the Novarupta volcano erupted in 1912, forcing many locals to move across the ocean strait to establish what is now the current community of Ouzinkie. Katmai is thus seen as an important ancestral home for many of the people of Ouzinkie.

Our culture finds its roots in the lessons learned and successes earned as a creative and dynamic firm. We believe firmly that a culture which values open, unvarnished communication, is the best way to maintain that responsive, agile nature.

Katmai has multiple 8(a) subsidiaries at various stages of participation in the Small Business Administration’s 8(a) business development program, and a few proud graduate firms from the program. For over 11 years, Katmai has been a problem solver for its customers by providing efficient and effective services often with tight acquisition timelines and lean program budgets.